A mother, worker, student, and entrepreneur 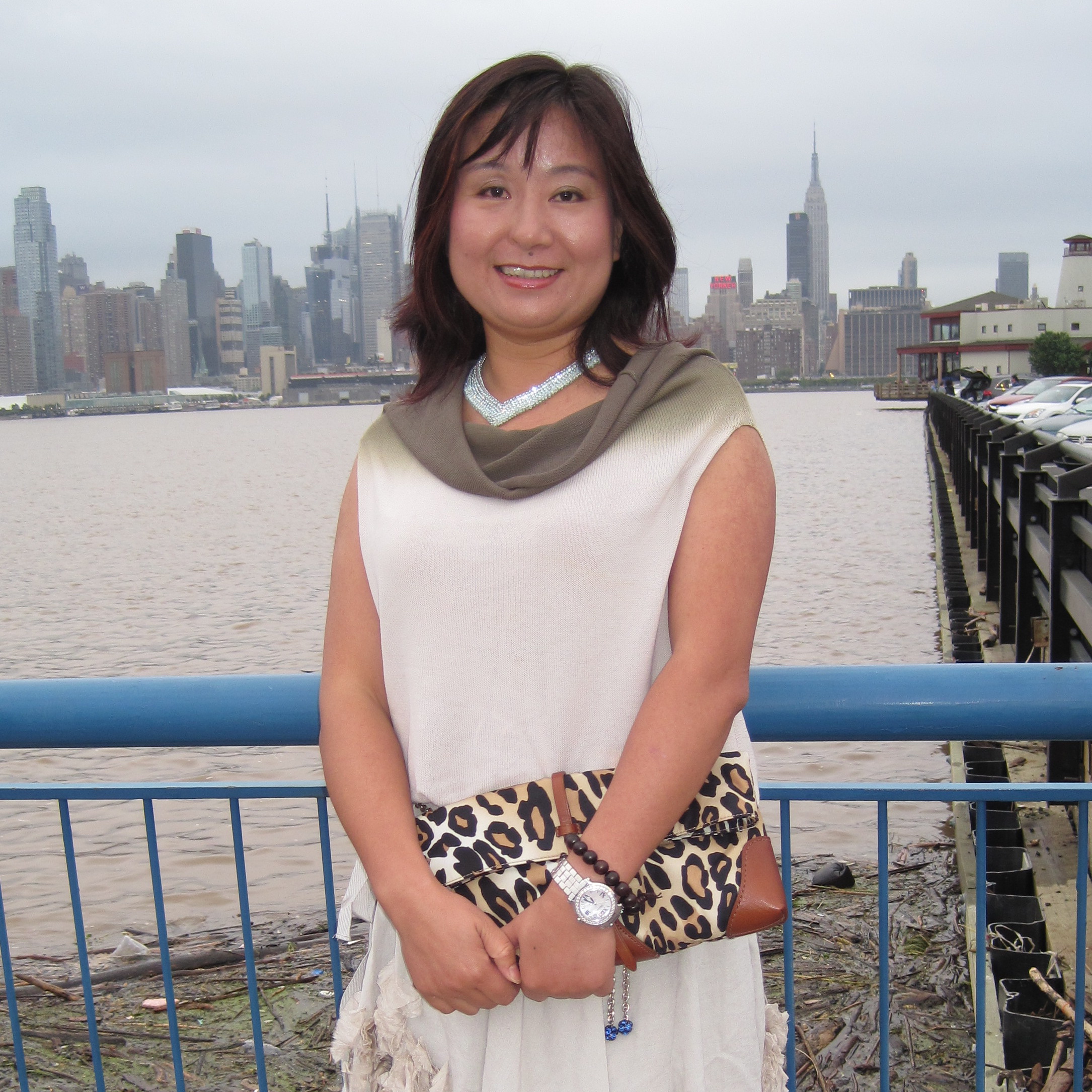 We are delighted to have Lucie Zhang, a Rutgers alum, share with us her experience as a student in the EMBA program at Rutgers Business School and as an immigrant to the US, as well as her various endeavors during the pandemic. She graduated from Rutgers in 2019 (posted on November 16, 2020).

What brought you to the United States?

For me, the biggest reason to come to the United States was for my eight-year-old son to get a good education and have a future. When we arrived in the United States, neither one of us could speak English, and so we enrolled in an ESL (English as Second Language) class. It was an excellent bonding experience for mother and son. Even though it was overwhelming at first, we learned so much together. I remember during one class, they showed pictures of animals, and we had to identify them in English. We often reminisce about this early experience.I was fortunate to land a job at a dollar store that was only few miles away from my son’s elementary and middle school. This was the start of my career.

My son also studied hard and was given a “gentle nudge” by his mother to work even harder. He earned a degree in Applied Math and Economics from Johns Hopkins University and went on to earn a JD from Harvard Law School. He currently is a Mergers and Acquisitions attorney at a law firm in New York City.

I was in the Rutgers EMBA Program from 2017 to 2019. My experience in the program was rewarding. I thought the work was rigorous, and I had to dedicate a good deal of time to study every day. Needless to say, I learned a vast amount about business, finance, and economics during the course of study. More importantly, I formed long-lasting relationships with both the faculties and fellow students during my time in the program. I have stayed in contact with many of my fellow graduates. Many of them have successful businesses themselves and we often discuss new and better ways of running our business. They also are full of entrepreneurial ideas. Not only is it interesting to discuss these plans, but we have also acted on a few of these ideas and put them into practice. I am sure as the years pass these relationships will continue to grow.

During my two years at Rutgers I also took classes outside the business school. I am a practicing Buddhist, and, after taking Professor Jiang’s religion course, I became more interested in religious studies. I am planning to enroll in more of religion and philosophy courses when the pandemic is over.

What is the biggest challenge in your life and how do you deal with it?

Unlike many educated and skilled immigrants from China, I came here as a single mother without any advanced education. Looking back I can see that I have worn many hats over the years. These hats include being a Mother, a Worker, a Student, and an Entrepreneur. In each role I have tried to do my best. The Chinese have a saying that 笨鳥先飛 - a slow sparrow should make an early start. I am aware of my limitations, but I never give up. I have learned over the years to do my best and to enjoy the moment. My favorite quote is “At the end of the day, we can endure much more than we think we can” (Freda Kahlo).

What have you been doing during the ongoing pandemic?

Besides running my small business, I have been busy picking up extra cooking and housework during the ongoing pandemic. My son left his New York apartment at the start of the pandemic and moved back in with me. It was great spending more time with him given that he had been away from home for over a decade. I am glad to have him at home, and it is interesting to watch a hard-working young professional working on demanding corporate transactions. On the other hand, I prepare breakfast, lunch, and dinner as well as do all of his laundry, which takes up a lot of time. He also makes my house a mess and leaves his stuff in every room of the house. So not much has changed. This led to a big argument and the main topic was why his mother had to do all the work around the house. He asked me the same question he did when he was a kid, “Why do I have to listen to you, mom?” I answered, “That’s because I made more mistakes than you, son.” Eventually, he agreed to do more chores around the house, such as doing the dishes and walking the dog.

I am also very interested in gardening both indoors and outdoors. I grow many flowers and vegetables during the Spring and Summer seasons. I become quite sad around Labor Day when the season started coming to an end. I also love Chinese music and have been learning to play the ancient Chinese instrument named Guqin which has been quite an adventure. These hobbies have been hugely helpful in dealing with the pandemic this year.

I have a passion for sewing and with the start of the pandemic my sewing came in very handy as well. I sewed a few hundred masks in March and April and donated them to the essential workers who needed them. I am also an active volunteer for the American Association of Buddhist Education. A few of my duties include helping the temple with administrative work and cooking lunch for the Sunday service, although that stopped when the pandemic began.

Can you share with us a memorable experience in your life?

I enjoy travelling both in the United States and the rest of the world. I prefer solo travel because it is more difficult to appreciate the “beauty” at hand when traveling with a group with all its distractions. One of the most memorable places I visited was Cirque de Mafate in Réunion Island, a French island in the Indian Ocean. Mafate is only accessible by foot or by helicopter and offers an experience far from our more modern life. Cirque de Mafate is listed on the UNESCO World Heritage Site and is only inhabited by only a few hundred people. This remote and scenic “Cirque” is home to incredible biodiversity. The Cirque is entirely enclosed by tall cliffs and mountains. This remote Cirque was established by maroons who set up home there in the 19th century. Maroons were slaves who escaped from their masters and settled in remote locations, such as Cirque, so that their masters couldn’t find them. I traveled there by foot and found the people there incredibly hospitable - I stayed, ate, and spoke Creole with them. I very much appreciated this very special place with its serene atmosphere and one-of-a-kind beauty. I visit there often in my mind almost as a form of meditation, and it gives me peace and tranquility in the midst of all the chaos in the world.