Contact Xun LIU (This email address is being protected from spambots. You need JavaScript enabled to view it.) 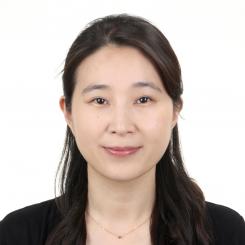 Spirit-writing has been very popular religious practice since Song period (960-1279) of China, which provided a great way to produce religious texts. Although these texts usually harmonized the Three Teachings of Confucianism, Buddhism, and Daoism, the study field of these text is usually categorized as Daoism. The main deities of spirit-writing were Wenchang 文昌, Luzu 呂祖, and Guanyu 関羽 in Ming-Qing period and the publication of the revealed texts of these deities were flourishing in Qing period (1644-1911).

In this talk, Professor Kim introduces a previously neglected religious text, Sŏnggye jip 聖乩集 (C. Shengji ji) or the Collection of Holy Spirit-writings, which reveals transmission and indigenization of Chinese religious practice in Late Chosŏn period (18-19C). In particular, she will talk about the faith and practice with relation to Three Deities (samsŏng/sansheng 三聖), Guanyu, Wenchang, and Luzu in the reign period of Kojong 高宗 (reigned 1863-1907), from the perspective of comparative studies of Chosŏn and Qing, exploring the background of publication and distribution of texts of the Three Deities by the commend of Kojong in this period.

Jihyun Kim is an Associate Professor in the Department of Religious Studies at Seoul National University in the Republic of Korea. She is currently on a research leave at Harvard-Yenching Institute. She received her B.A. (1999) from the Dept. of Religious Studies, Seoul National University and disciplined in Master Course at the same institution. She obtained her M.A. (2005) and Litt. D. (2010) from Kyoto University, majored in Chinese Daoism, particularly exploring the practice and daoist scriptures of medieval period. She held academic positions of an Assistant Professor in Zinbunken (Institute for Research in Humanities) and an Associate Professor in the Faculty of Integrated Humanities at Kyoto University (2010-2015). Her research theme in HYI is “Revelations and Daoist Culture in the Late Chosŏn Dynasty,” under the host of Professor James Robson. Her main research object includes 19th century spirit-written text, Sŏnggye jip 聖乩集 (C. Shengji ji), which reveals the unfolding of Daoist culture emerged from the challenge and quest for new world in the late Chosŏn period (17-19 centuries). In particular, her research aims to explore the religious faith and practice with relation to Three Deities (samsŏng/sansheng 三聖) in the reign period of Kojong 高宗 (reigned 1863-1907, the last Chosŏn king and the first emperor of the Great Korean Empire), from the perspective of comparative studies of Chosŏn and late Qing (1644-1911) China.