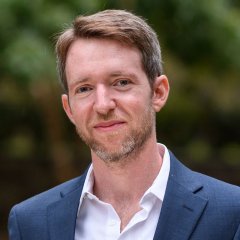 In the 1950s, a cohort of young Uyghur intellectuals formed an alliance with the Maoist party-state and emerged as the new cultural elite of Xinjiang, China’s majority-Muslim northwest region. Adept at explaining socialist policy in a Uyghur cultural context, these poets, editors, and translators endeavored to replace existing traditions with a new culture suited to the socialist revolution. While the party-state placed increasing pressure on the culture and religion of the “old society,” this group of socialist Uyghur intellectuals promoted new cultural forms, ranging from simplified poetic meters to a written language supposedly closer to popular speech. Most of these intellectuals were denounced during the Cultural Revolution of 1966-76, which also led throughout China to the burning of most written works, whether recent or ancient. By the early 1980s, when reformist policies took hold in Xinjiang and Uyghur-language books and journals began once more to be printed in large quantities, the unprecedented destruction of the preceding years had lent a sense of chronological depth and classic status to the cultural products and norms introduced in the 1950s. Thus it was that as Mao-era intellectuals were rehabilitated and their works reprinted, they assumed a leading role in 1980s Uyghur public culture as guardians of timeless Uyghur tradition—a tradition they themselves had presented several decades before as a revolutionary challenge to age-old Uyghur culture.

Joshua Freeman is a Link-Cotsen Postdoctoral Fellow at the Princeton Society of Fellows in the Liberal Arts and a lecturer in Princeton’s Department of East Asian Studies. He received his Ph.D. at Harvard University in May 2019. He is currently revising his dissertation into a book manuscript, Print Communism: Uyghur National Culture in Twentieth-Century China. This study connects China to cultural trends in the socialist and Islamic worlds, and demonstrates that socialist policies, implemented in China’s northwest borderlands beginning in the 1930s, enabled the small Sino-Soviet frontier community of Ili to transform its local culture into the new Uyghur national culture.