Congratulations to Jessey Choo, whose book, Inscribing Death: Burials, Representations, and Remembrance in Tang China, was just published by the University of Hawaii Press! 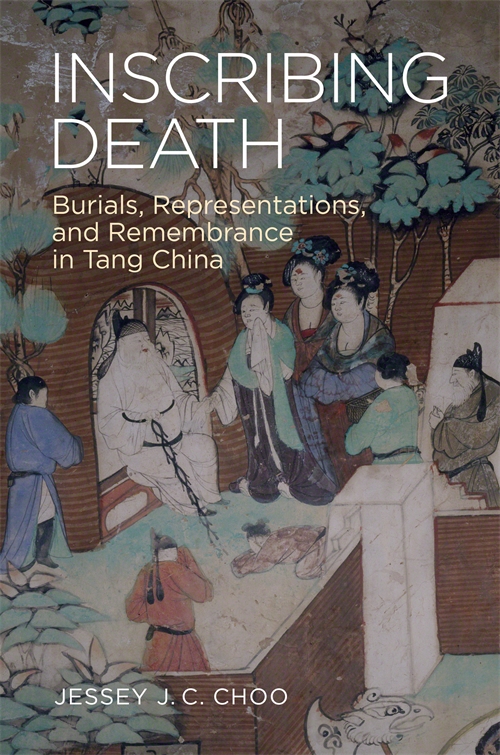 This nuanced study traces how Chinese came to view death as an opportunity to fashion and convey social identities and memories during the medieval period (200–1000) and the Tang dynasty (618–907), specifically. As Chinese society became increasingly multicultural and multireligious, to achieve these aims people selectively adopted, portrayed, and interpreted various acts of remembrance. Included in these were new and evolving burial, mourning, and commemorative practices: joint-burials of spouses, extended family members, and coreligionists; relocation and reburial of bodies; posthumous marriage and divorce; interment of a summoned soul in the absence of a body; and many changes to the classical mourning and commemorative rites that became the norm during the period. Individuals independently constructed the socio-religious meanings of a particular death and the handling of corpses by engaging in and reviewing acts of remembrance.

Drawing on a variety of sources, including hundreds of newly excavated entombed epitaph inscriptions, Inscribing Death illuminates the process through which the living—and the dead—negotiated this multiplicity of meanings and how they shaped their memories and identities both as individuals and as part of collectives. In particular, it details the growing emphasis on remembrance as an expression of filial piety and the grave as a focal point of ancestral sacrifice. The work also identifies different modes of construction and representation of the self in life and death, deepening our understanding of ancestral worship and its changing modus operandi and continuous shaping influence on the most intimate human relationships—thus challenging the current monolithic representation of ancestral worship as an extension of families rather than individuals in medieval China.