A long trip home during the global pandemic 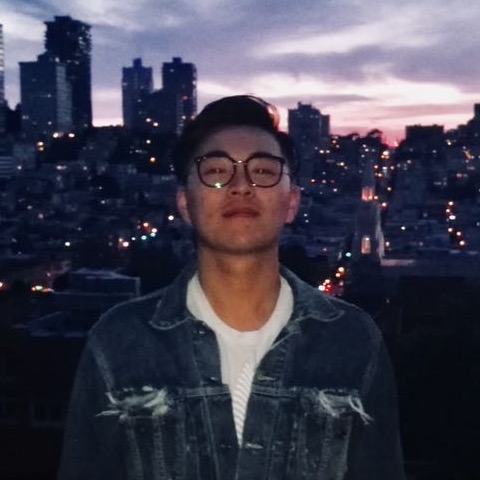 We are delighted to have Junjie Mu, a senior who majors in Economics and Human Resources Management, share with us his experience at Rutgers, especially the detailed account of his trip back to China during the global pandemic (posted on August 12, 2020).

What attracted you to Rutgers?

When I was a junior high school student, I began to develop a strong yearning for a multicultural environment. I wanted to broaden my horizon at the critical time of growth, to understand a society with very diverse cultures and peoples, and to be able to interact with people from very different backgrounds. Those were the main factors that motivated me to study in the United States. Thanks to my parents who could afford to send me to study abroad, I decided to pursue my college education in America.

I spent my high school years in an international school in Chengdu, the capital city of the spicy Sichuan Province in China's southwest that had an American consulate office till very recently. The international school emphasized English and a more internationally oriented curriculum. I successfully passed TOEFL and ACT, and was excited to get the admission letter from Rutgers University at the beginning of 2017. I also received offers from eight other universities, including Michigan State, Purdue, and Australian National University, etc. In the end, I chose Rutgers. It was Rutgers’ academic reputation and its respect for different cultures that attracted me. The location is also important: New Brunswick is about 40 miles (less than an hour’s drive) from New York City, one of the world's greatest cities. Even now, if someone asks me what I think of Rutgers, I wouldn’t hesitate to recommend it to them because of these unique features.

In the face of the global pandemic this year, Rutgers has shown itself to be better at handling emergency situations than the federal government. In the early days of the outbreak, the school hospital not only helped Rutgers’ staff and students, but also helped patients throughout New Jersey. The school was updating us the development of the epidemic everyday, so that we could be kept abreast of the latest information. The most moving part for me was what happened after the Trump administration’s surprise announcement in July that it would require international students not taking any in-person classes to return to their home countries. The news was met with strong condemnation from universities across the US, including Rutgers. In an email to international students, President Holloway said that he wanted to give Rutgers international students the strongest possible support. We really appreciate such a powerful message of support from our new president.

How have you coped with the pandemic?

I think back to the middle of last semester, when the epidemic started in the US. The virus and the anxiety about it were starting to spread throughout the country. Around March, several of my friends booked their flights to return to China. They asked me several times if I wanted to go home with them, but I refused. The decision I made was to wait until the end of the semester before going back. Many international students were in the same boat as I was. The spread of the coronavirus in the US was just beginning, and in China it was not yet under control. International students, caught between a rock and a hard place, found it very difficult to make the “right decision.”

For whatever reasons, a lot of people in the US did not pay enough attention to COVID-19 in the early days of the epidemic, in March and April. No face masks, no alcohol-based hand sanitizer, no protective gears, life went on as if everything was normal. But Chinese students studying in America were aware of the seriousness and the almost inevitable nature of the epidemic as early as March because we learned about it from our families and friends back home who were dealing with it earlier. So, my friends around me were fully prepared. When masks and hand sanitizers were in short supply, families in China sent them to us. Many Chinese students began living in self-imposed home quarantine around March, when Rutgers announced that all classes would move online after the spring break. We avoided going out as much as possible; we wore masks, gloves and protective goggles, and we sterilized the whole body and goods before entering the house. Thanks to those efforts and some luck, we made it through the end of the semester without catching the dreadful virus.

After all the final exams of the spring semester were finished, I began to plan my trip back to China, but there was a problem: flights from the United States to China were reduced to just three direct flights a week and the one-way economy fare on all three routes was more than $15,000. So, I looked for shortest alternatives with connecting flights. Although flights with connections were about half the price of direct flights, they were still about seven times their normal prices. The only route available was from New York, through Europe or Africa or South Korea, and on to China. After many tedious steps, i.e., scrambling for tickets, putting down a deposit, and waiting for the result, I finally managed to get a plane ticket from Newark to Shanghai via Ethiopia.

On May 24th, after packing my bags, I arrived at Newark Liberty International Airport for what would turn out to be my longest flight home. Before arriving at the airport, I put on a full-body suit, goggles, rubber gloves, and two medical masks. If you want to ask me how I felt at that time, I would tell you it was stuffy and irritating. I had to get to the airport four hours early to prevent the airlines from bumping me off the flight due to possible overbooking, and late arrivals were more likely to miss their flights. After waiting for nearly two hours, I got my boarding pass and checked my luggage.

Newark airport was no longer a sea of people, and the empty departure hall added a sense of dread. Going through the security, I didn’t even have to wait in line. The waiting area at the terminal was basically full of Chinese students on the same flight, all wearing the same style of protective gears. People who didn't know might have thought it was an American medical team on a mission to some global hot spot. After another seemingly endless wait, the plane began boarding. When I got on the plane and sat down, I was impressed by Ethiopian Airlines' considerate way of isolating passengers with an empty seat between every two passengers.

During the flight, I could feel everyone struggling with hunger. I had not eaten for nearly 10 hours from the time I arrived at the airport to the time I boarded the plane. Shortly after the plane reached its cruising altitude, the crew began handing out meals. Although I was afraid of the spread of the virus in the confined space of the cabin, I could not resist the lure of food. So I ordered a beef meal. To avoid taking in too much cabin air, I put my mask on after each bite. It took me half an hour to finish the meal that normally takes ten minutes. As for drinking water, I had straws ready in advance. So, I could drink without taking off my mask. I couldn't fall asleep on the plane due to the cabin environment and the dryness brought by the double mask and protective gears.

After about 16 hours of flying in a daze, half asleep and half awake, I arrived at Addis Ababa International Airport in Ethiopia. I followed the tired crowd through airport security to the terminal to wait for the next plane. I had always wanted to visit Africa to experience the nature and the people there. Unexpectedly, the pandemic gave me an opportunity to set foot on the African continent through a connecting flight. I found a bathroom, took a second suit out of my carry-on and changed into it, along with my face mask and gloves. I walked around the terminal, which was the only place for travelers to move. After nearly three hours of waiting, passengers heading to Shanghai Pudong International Airport were finally told to board our plane.

When I got on the plane, I found that the cabin was full of Chinese returning home. There were students, engineers, employees of various companies working in Ethiopia, and others. We all just wanted to get home. The flight to Shanghai was six hours shorter than the one from Newark to Ethiopia, but a 10-hour flight was still very long. Yet somehow I felt the plane was flying so smoothly that I was able to sleep soundly. Maybe I was just too tired. When I woke up, the plane already landed safely in Shanghai. I did a quick calculation in my head and realized that 40 hours had passed from the time I walked into Newark Airport and the time I got out of Pudong International.

From many friends who had gone back to China earlier I learned about the rigorous screening and testing for those returning to the country. It took almost three hours from the time the plane landed to getting on a bus to the quarantine hotel. This included many complex and tedious steps, such as customs tracking, reagents collection, nucleic acid testing, and bus assignment.

We were assigned randomly to a bus which took us to a quarantine hotel where we would spend the next 14 days quarantined in our own room. According to China’s epidemic prevention regulations, people returning from abroad must be quarantined for 14 days. You can’t leave your hotel room until 14 days later. The long isolation was a once in a lifetime experience. It was isolating and distressing. Whenever I think about the isolation by myself in the Shanghai hotel near the airport, I become emotional. Had I stayed in isolation for a few more days, I would have developed mental problems. I survived but lost more than 10 lbs.

After returning to Chengdu, I started a one-week quarantine at home. Although I still couldn't go out during those seven days, with the company of my family, home isolation was not nearly as bad as hotel isolation in Shanghai. Seven days passed in the blink of an eye.

My life right now is free from masks and mostly back to normal. Public places such as supermarkets, shopping malls, entertainment venues, and hospitals in China have returned to normal. The grayness of my life in the last several months is finally replaced by more vibrant colors. At the moment I am in the middle of the annual road trip with my family.

What is your plan for future?

Since Rutgers announced in July that we'd have a mostly online semester in the fall of 2020, I will stay in China to take all the courses during the first semester of my fourth undergraduate year. I will try to return to the US in the spring of 2021 to finish the rest of my studies. By that time, I hope this pandemic will have eased up and a new world will be waiting for us with all its possibilities.